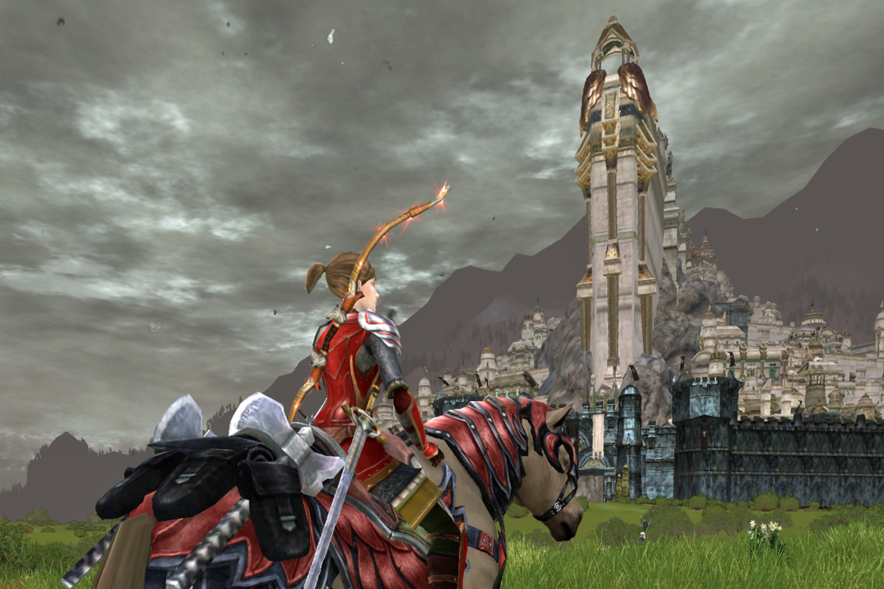 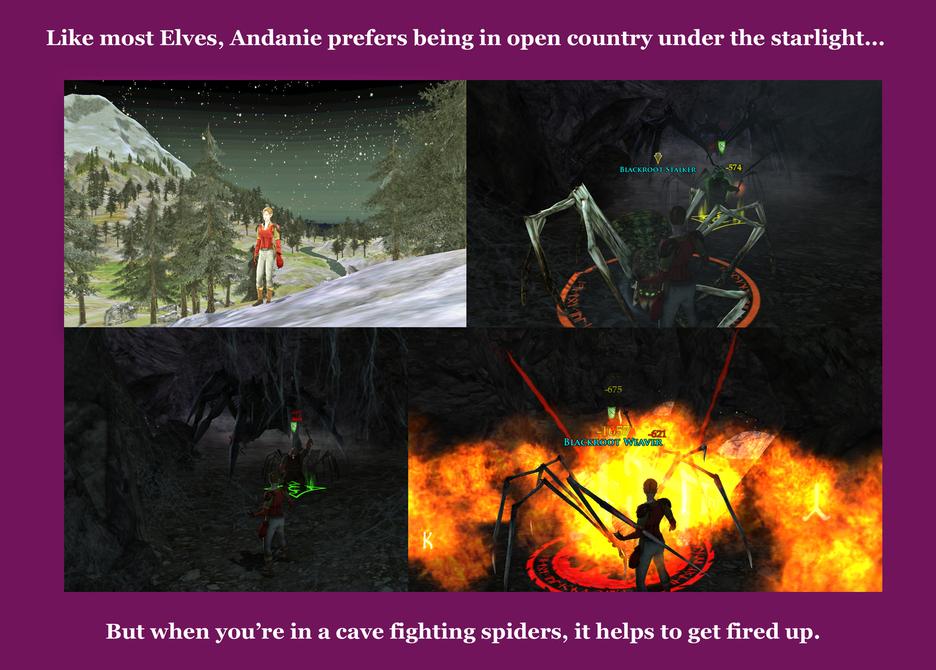 A sweeping vista of the plains of the Kingstead in Rohan

One of my Lord of the RIngs characters, a powerful and dangerous Elf Champion, on one of the terraces leading up to the Golden Hall of Meduseld in Rohan. She returns from a quest given by Eowyn, niece of the King. Like Eowyn, she is a martial champion of deadly skill. Unlike Eowyn, her duties do not interfere with her desire to find glory in battle. She has fought all across Middle Earth, from the icy wastes of Forochel to the southern plains. In her scouting in the plain of Pelennor in far away Gondor, she has seen the fabled Mumaks, war elephants of the Haradrim, being readied for the siege of Minas Tirith. Soon she will return to the White City, for it is now the focus of the wrath of Mordor. If the White City falls, the rest of Middle Earth will soon follow. 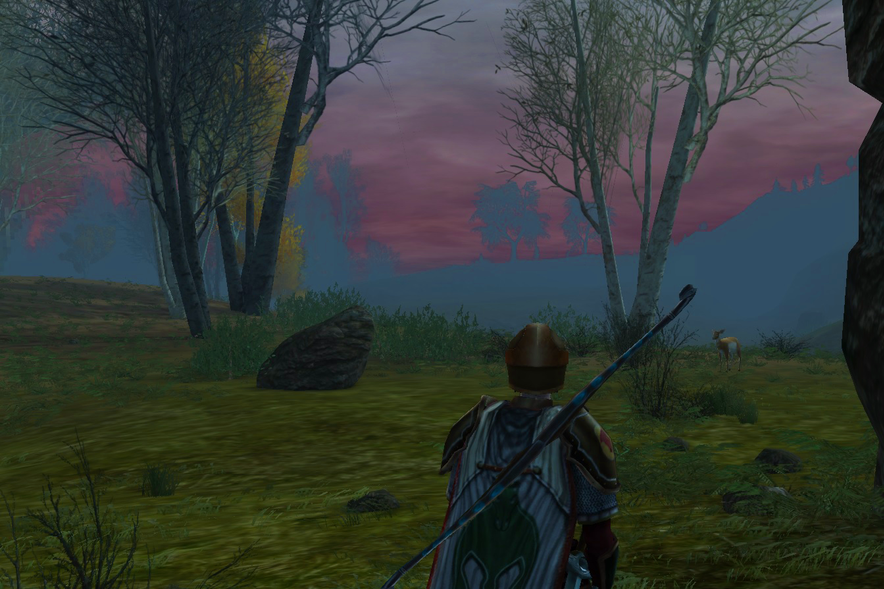 Minas Tirith in the gathering gloom

An Elf Champion looks at the White City and wonders how long they have until the forces of Mordor attack under the Witch King of Angmar, Sauron's deadliest lieutenant.

The plain of Pelennor is already overrun with the enemy, vicious Mordor orcs and axe-wielding Easterlings. Will Rohan arrive in time?

Hate spiders? There are some truly excellent ones to kill in this game!

One of my Lord of the RIngs characters, a powerful and dangerous Elven "Rune-Keeper" (the same type of skill that Elrond Half-Elven has), fights spiders with fire and other pyrotechnic and lightning-based skills in a cave in Gondor, trying to free some trapped people. 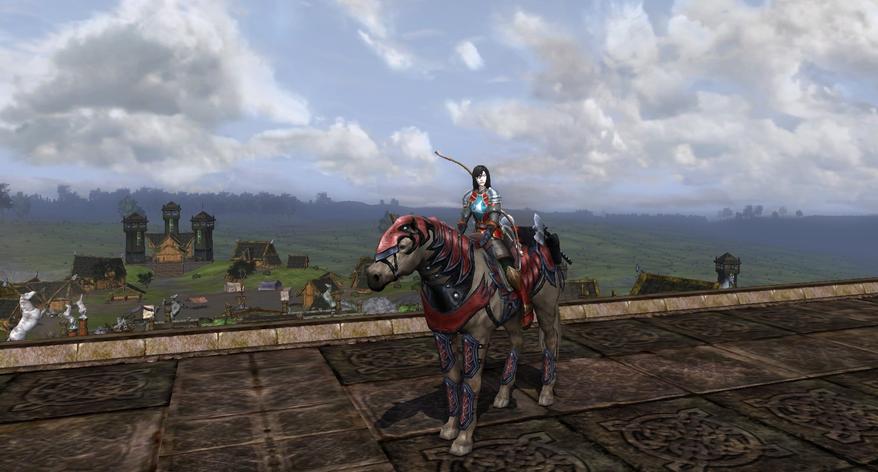 There is more to this site than just the music! Find some game reviews here, and occasional postings and links for games I am in the process of designing and coding. Coming soon: A review of The Lord of the Rings Online game - some pictures of my characters in this Standing Stone Games, LLC online game are below. Follow me on Twitter for a lot more gaming pics as well as other interesting stuff.

Dawn in the Great River Area

A Hunter, with deadly archery skills, stands in awe before the beauty of the dawn. He will not need to slay the deer, for the Elves of Thinglad have given him ample provisions. He searches for a Ringwraith - the one that Legolas dismounted by shooting the Nazgul over Anduin, the Great River, as the Fellowship traveled by boat. He knows that the Ringwraith is far too deadly to be slain with arrows alone, but like the Rangers (most of whom he knows very well), he is accustomed to walking alone in the wild and dangerous places of Middle Earth.